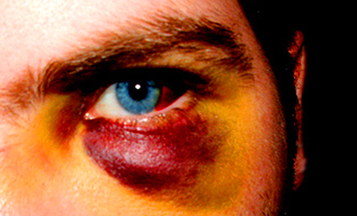 “If I deserve a black eye on this blog for doing the right thing by Manuela, so be it.
As they say, no good deed goes unpunished.” – David O’Halloran

David, your first comment to Election Districks in Rochester begins with “I’m not sure what the issue is.” Allow me to make it as simple as 1, 2, 3…

You surprised me via email: “As Chair, I assured Manuela that her petitions would be the same as sitting committee members. Errors like this are unacceptable and procedure & policies must be changed to prevent the re-occurrence. I will do my best to make amends for this injustice to our sitting councilwoman” and “Thanks for giving me a chance to show that I’m not a bunch of twisted words but an individual that actually means what he says.”

You appointed Manuela to the Committee, the County confirmed the appointment, and – one day later – what you see above in column ONE appeared on your website. You did the right thing. There is no issue here.

2.
One year passed by and games were being played again. You switched the districts between Manuela Michailescu and Imre Beke. Rob Case was instructed to show the switch on your website (see column TWO).

3.
The plot thickens. You asked the GOP Headquarters to send petition forms with districts assigned as in column THREE, above. This time you switched the districts between Manuela Michailescu and Terry Bernardo.

David, you’ve got nothing to hide, so you’ve got no reason to fear that your immaculate record will be marred by my asking a few questions, do you?

WHY are you working so hard to move Manuela from District 2 to 1 to 4?

WHY are you coming up with all these ridiculous explanations?

“I referred to Manuela as Jon’s wife because it’s important for readers to know that these statements and claims are not Manuela’s and I doubt she supports them, if she even reads them.” Really? How does it square with your email broadcast: “Jon & Manuela’s website has Carl Chipman’s Democratic Caucus video front and center on the 1st page.”

“I appointed Manuela to the open slot in our town committee” but “none of us were sure which district had the blank”. Perhaps all of you should resign from the Committee, if none of you could solve this puzzle: in 2010, Malena Callan – who represented District 1 – bailed out of the Committee. What district had a vacancy? I know, this is a hard one. Let’s ask Tom Turco at the Board of Elections. “Tom Turco researched it and placed Manuela in the vacant slot in District 4.” Come again? There is no vacancy in District 4 – it’s represented by Elbert Dejager and Terry Bernardo.

WHY didn’t the Committee vote on May 23, 2011 – right after interviewing the candidates for Legislature?

You said “You trust me, don’t you?” and took the votes over the phone. Very creative, but what the bylaws have to say about it? Why there is no written record of the voting result? You told Manuela that Terry won 7 to 4. You gave different numbers to different people; Terry Bernardo claimed “unanimous endorsement.”

WHY are you catering to Queen Bernardo’s every whim?

I have a hundred more questions to ask, but what’s the point?
You never give straight answers.