Vote them all out! 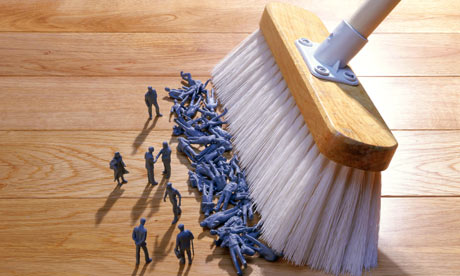 Scanning the comments on political blogs, you see this recommendation fairly often, from left and right alike: “Vote them all out!”

Vote them out? How, may I ask, when there are no challengers on the ballot? State Senator Bonacic ran unopposed. County Executive Hein ran unopposed. Legislators Fabiano, Loughran, Provenzano, Harris, Gerentine, and Ronk ran unopposed. They were “elected” the moment their name was printed on the ballot. Aren’t you curious to learn how much money was wasted on the pointless elections held in the Town of Rochester, where all candidates ran unopposed?

Without choice, there is no election. People see that their votes don’t make a difference, and a climate of political apathy sets in. An unopposed candidate is appointed, not elected. Before you know, people are losing one of their fundamental rights, the right to vote.

Here is a headline from Daily Freeman: New Paltz Republican Chairman Butch Dener resigns, says he’s fed up with political climate, and a few quotes from the article:

“Intelligence, respect and character are no longer the coin of the realm,” Dener wrote in a January 18 letter announcing his decision. “Meanspiritedness, greed, ego, duplicity and lack of any moral fiber rules the day.”

A commenter spells it out:

“The days of loyalty to ones own party and principles are gone. It is every man/woman for themselves, moral and ethical obligation be damned! The Ulster County political process is poisoned with selfish, power hungry people. The cross endorsement of candidates, especially the Independence party, have bastardized the election process by leaving the winners with the Independence endorsement beholden to people like Mrs. Len Bernardo just to keep her husband’s endorsement.”

Back to the article:

Who created the current political environment, Mr. Rascoe? And what is maintaining it? Correct me if I’m wrong, but isn’t this untenable situation the work of a small group of people either too greedy or too power-hungry? I’m giving you the pieces: Bonacic, He Bernardo, Independence Party endorsements, Catalano, O’Halloran, She Bernardo, Chapman, you and your wife’s job… Can you solve the puzzle?

Mr. Rascoe, stop the pretense, cut the non-sense… You know the facts. As Chairman of the Ulster County GOP, you alone can change its disastrous course, if you choose to look beyond self-interest.

As the town’s 2013 election nears, Dener said voters deserve to have more than one candidate running for any office, and he criticized the cross-endorsement by the GOP of Democrat Susan Zimet for town supervisor. He said the Republicans must find new candidates, raise money and do the grassroots work needed to get party members elected.

Problem is Mr. Rascoe, you hate primaries. It’s not your private party, but you only want your friends to “win,” while the people are losing, again and again.

3 Responses to Vote them all out!