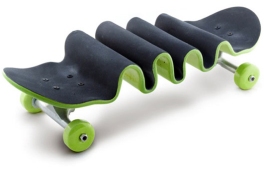 It would appear the Ulster County’s Industrial Development Agency (UCIDA) board is losing patience with chairman Dave O’Halloran’s months-long delay in dealing with one of the hotter political potatoes on the scene. At issue for six months before the IDA is whether Len Bernardo, chairman of the influential Independence Party, is in violation of his 2005 tax abatement agreement with the IDA, for allegedly hiring a fraction of the workers he initially promised. Bernardo, husband of legislature chairman Terry Bernardo, herself an officer in the corporation that built Skatetime 209 in Accord, says he never promised any jobs. The IDA wants him to “voluntarily” begin paying about half the estimated $15,000 in yearly property taxes forgiven under the agreement.

Ideally, David O’Halloran is losing patience with Len Bernardo’s conflicting lies: 37 full-time jobs… only nine… 26 jobs… seven full-time and 31 part-time jobs were created… 15 full-time workers… he was the only full-time worker… 12 or 13 part-time/student employees… 12 full time employees… between 23 and more than 40 employees…

Perhaps this screen grab from Good Jobs First – a website dedicated to exposing corporations getting taxpayer handouts across the United States – would refresh and stabilize Len and Terry Bernardo’s collective memory: 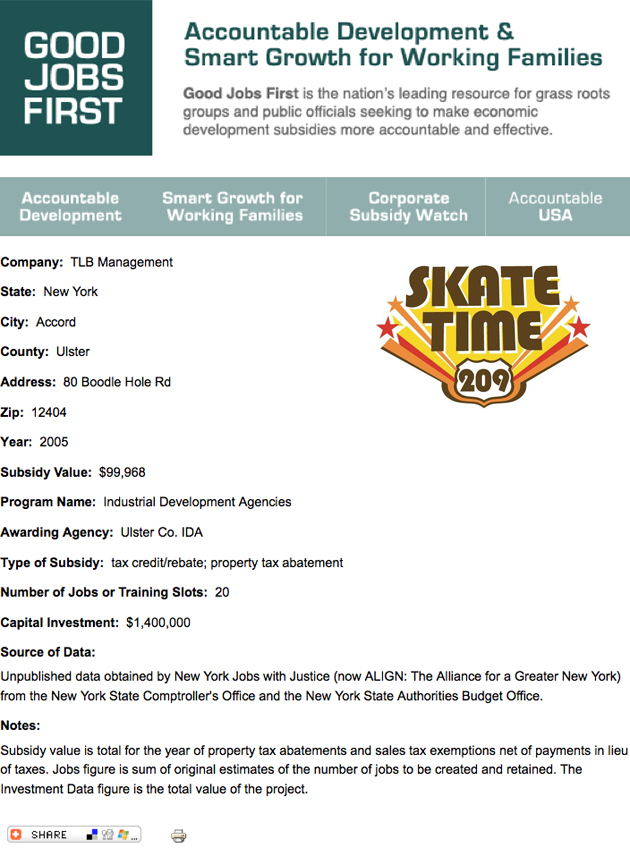 A resolution is expected this coming Wednesday (March 13) at the UCIDA meeting. Till then, please take a look at the post below. And the one below it. Thank you for your time!