Subliminal. The word means not obvious, and is often used in reference to a particular way of messaging found in advertising. For instance, a product is placed where your eyes see it, but you don’t really think about it. Next thing you know, you are craving that product and you have no idea why. Using these subliminal promotional messages is considered a deceptive business practice in some jurisdictions.

Here are a few examples of subliminal messages (thanks Google!): 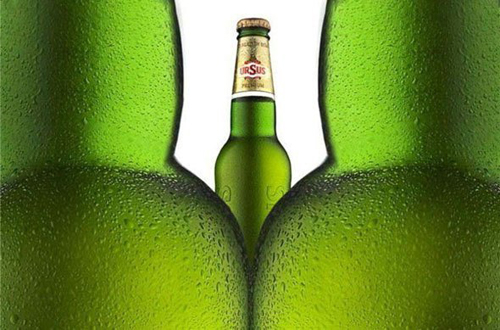 Does this make you thirsty for a cold beer? Turn this ad upside-down and you might think twice before drinking that brew . . .

Disney seems intent on putting their logo in as many places as possible. The Pirates of the Caribbean logo looks a lot like your favorite cartoon mouse.

You might not notice it when you watch it on TV, but the AT&T ad sneaks the image of their signal bars into every shot!

Look at the placement of the ‘S’ on the candy on the middle of the bag. Innocent mistake? 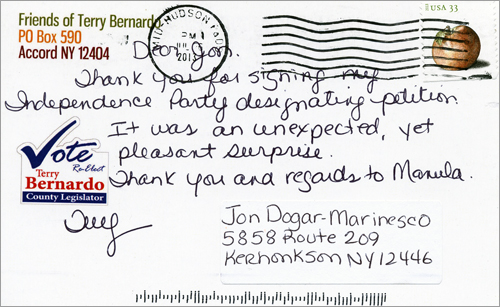 I got a thank-you-postcard from Terry Bernardo who was pleasantly surprised that I signed her Independence Party designating petition. I wonder why, because I’m not against anyone running for office – as long as the person does not benefit from dirty deals.

The front of the card takes us back to the headline: Bernardos’ subliminal message. Read the vertical type. The chosen vernacular expression contains the name of the candidate who will challenge Rochester Supervisor Carl Chipman at the Republican caucus. The Bernardos are strong supporters of the challenger. Aren’t they clever?