One down, one to go

Posted on November 20, 2013 by Jon Dogar-Marinesco

In my previous post I mentioned two of the more substantial community pillars who played equally important roles in Terry Bernardo’s rise to power: David O’Halloran and Jeremy Blaber.

At yesterday’s session of the Ulster County Legislature – one of the last two displaying Terry Bernardo front and center – one of them proved to be a loyalist:

Jeremy Blaber – aiming to entertain the Legislators as well as the web-streaming audience – rendered The celebration of Terry Bernardo’s life as a politician.

One can only hope that David O’Halloran will follow suit.

I just received this Facebook screen grab showing without doubt that Jeremy Blaber is a foot soldier in the Bernardos’ army: 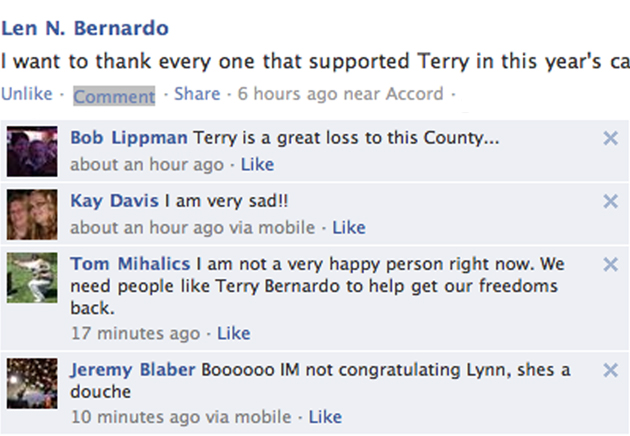 5 Responses to One down, one to go