More Casino jobs going down the drain in September 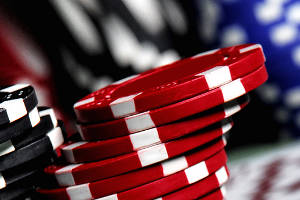 “Atlantic City could see the Trump Plaza Hotel close as early as September if reports from The Press of Atlantic City are correct. The closure of this hotel-casino would mean the loss of another 1,000 jobs in Atlantic City which has already seen three other casinos close this year. It would also mean the seaside resort area will have lost 33% of its casinos this year. According to US Securities and Exchange Commission (SEC) filings, Donald Trump owns a 10% stake through his Trump Entertainment Resorts as of last year…

…Since the beginning of the year, the Atlantic Club casino which had been in business for 33 years has shut down. The Showboat, one of the larger casinos in the city, has announced it plans to close at the end of August. Even the newest casino in Atlantic City, the Revel, could close in mid August if it can’t find a buyer. If all these casinos do close, it would leave eight remaining in the area, including another Trump branded hotel, the Trump Taj Mahal.”

From Trump Plaza owners confirm plan to close in September:

“Experts say the impact of losing an estimated 7,800 jobs since the January closing of the Atlantic Club Casino Hotel would ripple across the region and hurt the resort’s marketing efforts in an already stagnant economy.”