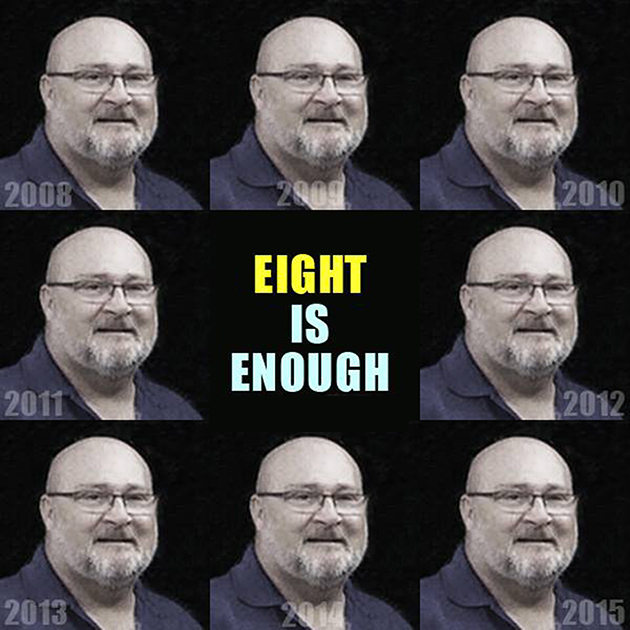 A leader communicates ideas in a way that engages and motivates people to act towards achieving a common goal. Supervisor Carl Chipman had eight years to prove that he is NOT a leader. Unfortunately for the Town of Rochester, he succeeded. It’s true, he started early, just a few days into his first term, and kept at it through thick and thin:

Lacking a backbone – despite pretending the opposite, Carl Chipman does not make public his opinions on issues coming to a vote. That way, no matter where criticism is coming from, he can imply agreement with the critic by using the canned answer “I have only one vote…” – akin to throwing the other councilpersons under the bus.

Eager to please – despite pretending the opposite, Carl Chipman would have the Town Board pass any resolution without being thoroughly discussed – if it brings him one more vote. “Valley of the Giants” anyone?

Acting stupid – despite pretending the opposite, Carl Chipman had the Rochester Town Board pass a resolution to charge $1.75 for each item taken from the Transfer Station “free bin.” One week later the outrageous resolution was rescinded, after the townsfolk rallied around a “Keep the free pile free” sign and expressed their feelings: “It’s an idiotic law, go away with it. And why was cowardly passed at a workshop meeting and not a regular Town Board meeting like this one, when people can comment?”

A flip-flopper – despite pretending the opposite, Carl Chipman is also a vengeful jerk, as illustrated in the following example…

It’s no secret that, during the years, Chipman was flip-flopping between being all for – or all against – Terry Bernardo running for Ulster County Legislature. Free country, his business. But when he refused to consider a hard working person for town recognition because that person displayed a Terry Bernardo yard sign during Chipman’s anti-Bernardo phase, the diagnosis was strong and clear: vengeful jerk.

Even people in Chipman’s corner are pointing out his mistakes, as you can see in this snipet from a comment to Food for thought, highlighting a mistake made by Chipman that triggered a life-time of consequences for the folks affected by it:

“Has he made mistakes? One for sure was not replying to the State re the ARC home placement on a dead end road in Kerhonkson making it clear that that location was not a good one.”

In the article “Food pantry and solid waste amongst discussions at Rochester Town Board” (Blue Stone Press, March 20, 2015, page 6), Melissa Orozco-McDonough reports that the Rochester Food Pantry was able to better track whom they are serving:

Their recent 2014 analysis has turned up some rather revealing findings. Most significant, is the discovery that the pantry is providing food for a large portion of town residents, almost 25 percent of permanent town residents for the 2014 year. More specifically, 219 households received food from the pantry, including a total of 844 people made up of 476 adults, 309 children and 59 seniors. In 2014 the pantry saw a total of 727 visits, and served 34,692 meals, about 20 tons worth, of food to the residents of Rochester. “I won’t go any further. Those statistics knock my socks off,” said Chipman.

If you promise not to laugh, here is Chipman’s plan of action:

“We’ve got to work to help our neighbors more and more, and to provide opportunities in this town. It’s a shame when 25 percent of your residents need help, and thank God we have the food pantry and anything that you can do would be great.”

Shortly, the 2015 electoral campaign will start. Pay attention, and you’ll hear Chipman saying: “well, to be honest with you…” Does that mean that up to that point in conversation he was not telling the truth? Don’t know about you, but when Chipman starts with “to tell you the truth,” I no longer believe a word he says.

Don’t you agree that eight is enough?