I stumbled upon this letter sent by Kathy Everett Worden to Len Bernardo, via Facebook.
I don’t know Kathy, and she is not in any way involved in my publishing her letter here.
I just thought that you might like to read it. 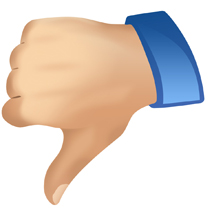 “I just had to get this off my chest. The way our zumba group was treated on Tuesday July 3, 2012 was nothing short of hideous. Being hustled and herded like cattle in a big hurry to make sure that a group of boys didn lay eyes on us lest their religion blow up in their faces just violates more boundaries and rights than I know how to articulate.

I have the utmost respect for ones choice of religion, and will respect that in THEIR church, temple etc, but to be at an establishment that we frequent EVERY week, and that our local kids and families frequent EVERY week, year round, and be told that we can not be seen by an outside group that may be there a couple times out of the year is UNACCEPTABLE.

All you had to do was notify our instructor ahead of time that this group was coming and may cause a conflict-she would have undoubtedly cancelled for the night..no biggie, except YOU need to make your money too..at WHO’S EXPENSE??? It was NOT air conditioned in the area we were in and it was over 90+ degrees. We were in dangerous conditions. And then we were told to DEAL WITH IT.

Some women even left out the backdoor-bending over backward to accommodate the discriminatory behavior-NOT ME. I walked right out your front door in all my sweaty glory..and trust me..I wont be walking back in.

YOU, and your employee, who was female as well, and serving these young men at the snack bar (???) treated us as second class citizens, and I felt like I was in the 19th century rather than the 21st century. I have NEVER been treated so undignified in my entire life, (and I have been known to be abrasive), just because I am a woman.

The WORST part about this is the fact that this group did not treat us this way..YOU AND YOUR ESTABLISHMENT DID. You were completely out of line, violating our dignity, endangering our health, and most of all violating OUR basic civil rights to accommodate someone else’s..really? We ‘locals’ keep you in business..this local…will NOT participate in that-and IM NOT ALONE.”