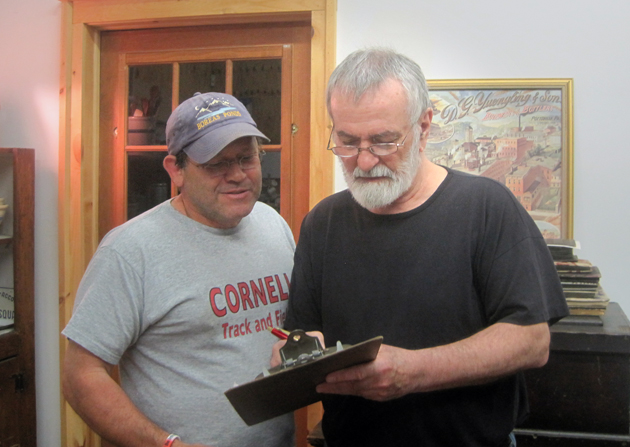 Yep! That’s me signing for the juicy tidbits on David O’Halloran delivered by Len Bernardo, the Chairman of Ulster County Independence Party.

Just kidding! I swear, that’s me signing Terry Bernardo’s Independence Party Designating Petition, after Len reminded me that – despite being a registered Republican – I’m still an Indy till November 6, according to the New York State Election Law.

1 Response to Signing for delivery