Posted on August 9, 2013 by Jon Dogar-Marinesco 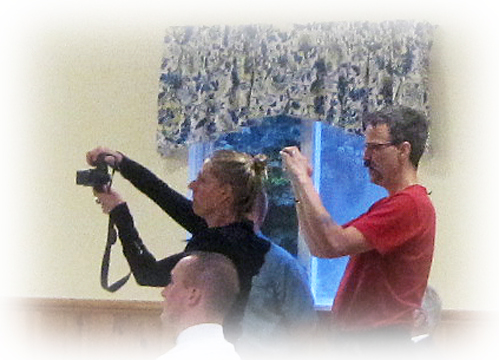 Town of Rochester Conservative Party held its 2013 nominating caucus Thursday, August 8 at the Accord Firehouse. Town Party Chair Gerry Fornino appeared to be much more at home in his skin than last time I saw him in action at the 2011 caucus.

There were two candidates vying for the position of Town Supervisor: the incumbent, Carl Chipman and the obviously uncomfortable challenger Tim Bunch. Both gave speeches. Tim Bunch read his talking points, mostly accusing Carl Chipman of imaginary faults, clearly on behalf of Terry Bernardo (does UPAC ring a bell?). In his passionate speech, Supervisor Carl Chipman made sense throughout.

For the position of Town Justice two candidates asked for the Conservative line. One of them, Mel Tapper, did not attend the caucus. Guess who got the nomination?

Nobody challenged Kathleen Sergio (Town Clerk) and Wayne Kelder (Highways Superintendent). It pays to do an excellent job!

For the two Town Board seats in play there were three candidates: Philip H. Davis II, Cindy Fornino, and Harold Lipton.

After careful deliberation, the Conservative caucus nominated the following candidates:

Congratulations to all nominees, especially to the 87 years young Harold Lipton. His enthusiasm almost made me forget this 2009 article:

ACCORD — Democratic incumbents Tony Spano and Lynn Archer, Republican Elbert deJager and Conservative Harold Lipton are vying for two seats on the Rochester Town Board in the Nov. 3 election…

Lipton declined to provide his age or information about his educational background but said he served in the U.S. Navy from 1943-45 and is a member of Veterans of Foreign Wars Post 8959.

Lipton said there were no tax increases during two of his four years as supervisor but that he is not familiar with current town spending.

“I haven’t been involved (in) about four years now, and to ask me what’s going on there, I have no idea,” Lipton said. “I was asked to run, and I’m running.”