Posted on November 15, 2013 by Jon Dogar-Marinesco 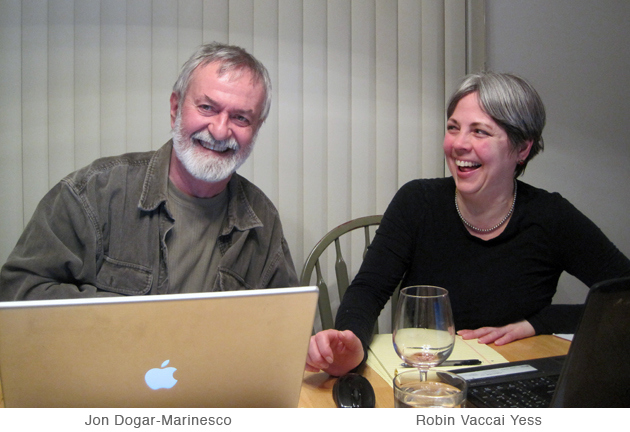 Lynn Archer‘s victory in the 2013 Election marked the end-of-the-line for Legislator Terry Bernardo‘s political aspirations. For me, it prompted browsing through the handful of visuals that Robin Vaccai had so graciously hosted on her blog – Liberty Coalition – for the last two years. I picked a few to illustrate Terry’s meteoric fall from the political sky. 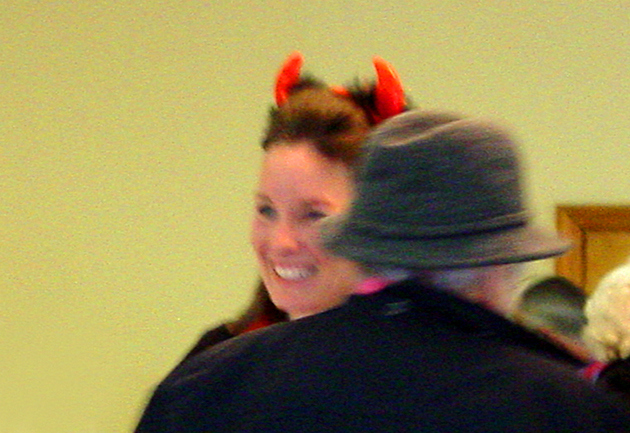 As it became well-known in the County, Terry Bernardo got to be a Legislator by some devilish means, being “appointed” – not exactly elected, considering the dirty deal of 2009. Trying to deflect my accusations of foul play, she actually attended a Republican Party event sporting red horns (above) and telling everybody “Yeah, I’m the devil (wink wink nudge nudge)!”

Len Bernardo’s deals – made from the perch of Independence Party’s Chair – reached the apex when Terry, a back-bench Legislator, became the first Chairwoman of the Ulster County Legislature, “elected” to that position by all her fellow Legislators except Donalson and Loughran (Rodriguez was absent during that vote).

Rumors of Terry Bernardo behaving as a witch (especially towards the legislative employees) were quickly proven to be true. Not even Sundae – her dachshund – spoke to her anymore.

After a first rough year as Chairwoman, at the beginning of 2013 Terry Bernardo jumped on the 2nd Amendment popularity bandwagon – her Mickey Mouse way to rally a substantial number of voters.

Meanwhile – back at the ranch – the Industrial Development Agency started to make noises about Bernardos not paying their fair share of taxes.

After conflicts with David O’Halloran, the former Rochester Republican Committee Chair, the 2nd Amendment/NY SAFE Act issue remained her only hope for energizing an important – and easy to stir – group of voters. 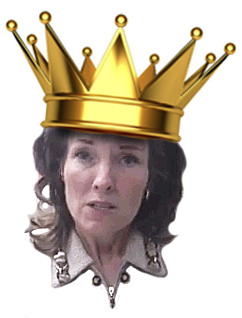 With a crown way too big, heavy and overpowering for her stature, Terry also claimed to be – in her own words – “absolutely the best qualified” Casino Queen. 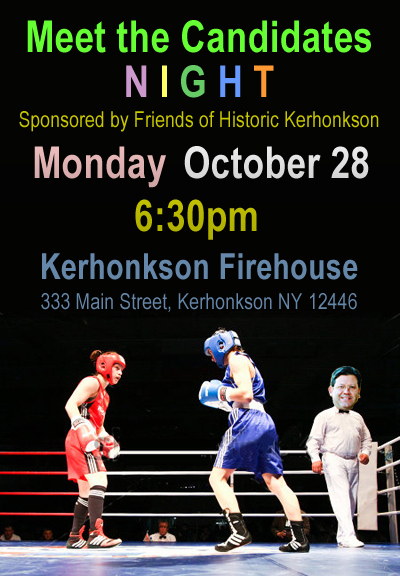 In the pre-election candidates’ debates she bet everything on bragging about her imaginary friends among the New York State policy makers. No wonder a KO was in the cards, as she discovered a few days later.