Posted on November 24, 2014 by Jon Dogar-Marinesco 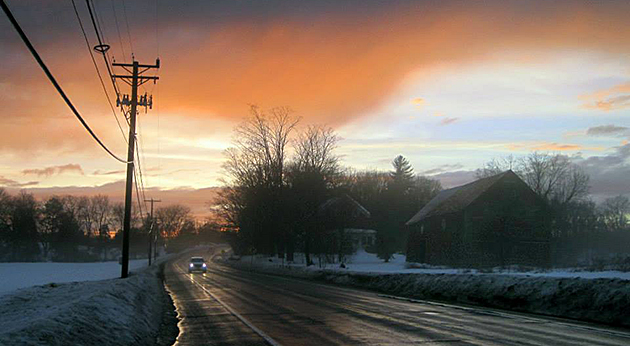 On August 27, 2014 I wrote this in Shhh!… Everybody knows…, a post about the applicants for the vacant Town Board seat:

Next day, at the Audit/Workshop Meeting, Carl Chipman said:

It was brought to my attention that one of the four applications for the vacant seat on the Town Board arrived after the deadline set in the legal notice.

Resolution # 94-2014: A Motion was made by Supervisor Chipman to nullify the application that was received after the deadline.

On September 15, 2014 I wrote this in Black mold at the Rochester Town Hall?:

What a coincidence! A few days back I heard that mold is also present in the Rochester Town Hall. Allegedly there were days when the employees took their desks outside because it was painful to breath in the offices. It seems that – for reasons unknown – Supervisor Carl Chipman is hiding the situation from the fellow Town Board members.

It’s almost over, but for at least two years the Rainbow Diner site was a disgrace to our town and a visual insult to all those seeing it. Granted, a combination of environmental laws and local legal tangles slowed down the cleaning process, but Carl Chipman should have shown some leadership.

On the same day, at the Town Board meeting, after mentioning the clean-up of the Rainbow Diner, Carl Chipman said:

Other properties are nuisances too… there is a property on 209, owned by the bank, the barn is falling down… we will follow through…

Obviously Carl Chipman reacts to posts on this blog, so let’s see how he followed through.

On October 29, the Rochester CEO sent a letter to IndyMac Bank directing it to commence to comply with the Unsafe Building Law and repair or remove the old barn “which is considered generally unsafe.” 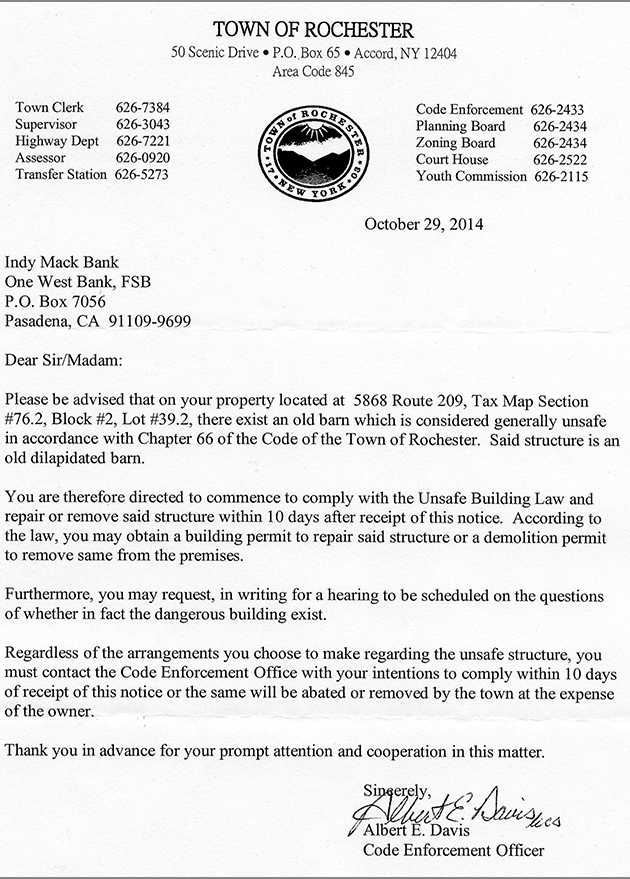 Ten days notice to IndyMac Bank that failed in 2008? Cute…
On November 10 an “Unsafe Building” notice (dated October 27) was stapled to the barn. 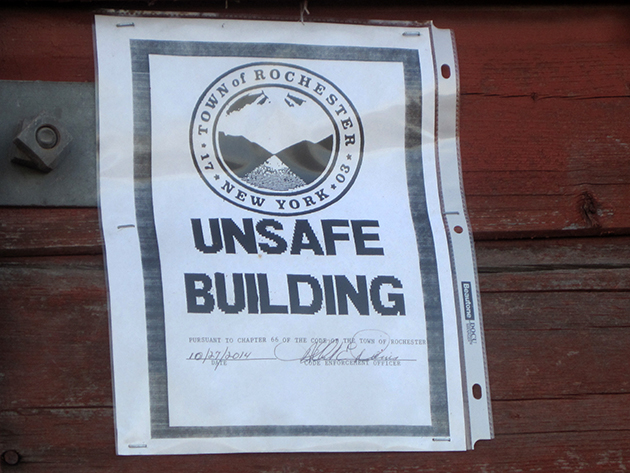 Manuela and I are probably the most qualified people in town to comment on this historic barn, not only because we were its owners from 2001 to 2009, but also because we worked hard to secure a grant for restoring it: 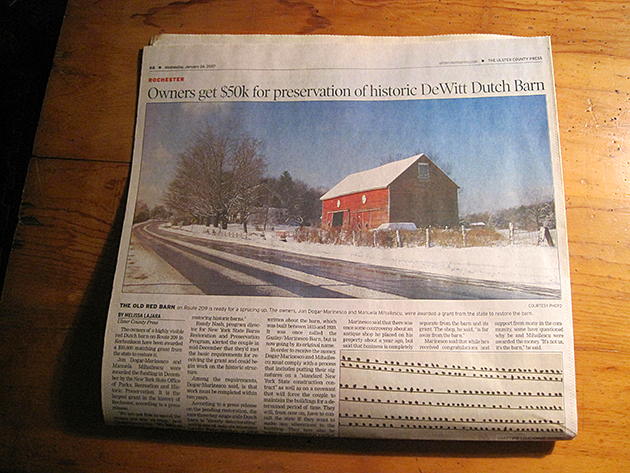 The owners of a highly visible red Dutch barn on Route 209 in Kerhonkson have been awarded a $50,000 matching grant from the state to restore it… The rare three-bay single aisle Dutch barn is one of only six examples locally. Peter Sinclair, a local Dutch culture historian, has written about the barn, which was built between 1815 and 1920.

As long as the criteria was the agricultural use, we could not apply for a barn preservation grant. In 2006 the criteria had changed to stress visibility and the public benefit in seeing the barn.

Unfortunately, the grant was rescinded by Governor Paterson when the economy went south, but that did not lessen the beauty of the barn. Its visibility, the very reason of the grant awarded in December 2006, is still there.

Compare the above photo taken in 2006 with the photos below taken this year. The weather affected the barn but not in a major way. It is still a majestic structure and people driving on Route 209 still stop to take pictures. 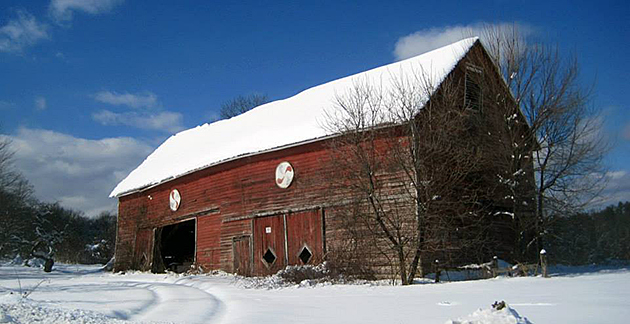 Supervisor Chipman knows about the historic value of this barn. He wrote this in January 2007:

“Historic preservation is one area of great importance to Manuela. Manuela and Jon just received the largest historic preservation grant in the history of our town for the restoration of their Old Dutch Barn. Manuela has been regularly attending meetings of the Historic Preservation Commission, not as a member but as a person with a keen interest in this area.”

By the way, I am anxious to learn what’s the Historic Preservation Commission’s stand on Chipman’s call to remove the barn in ten days.

This entry was posted in Uncategorized and tagged Carl Chipman. Bookmark the permalink.

7 Responses to Slow down, Chipman!